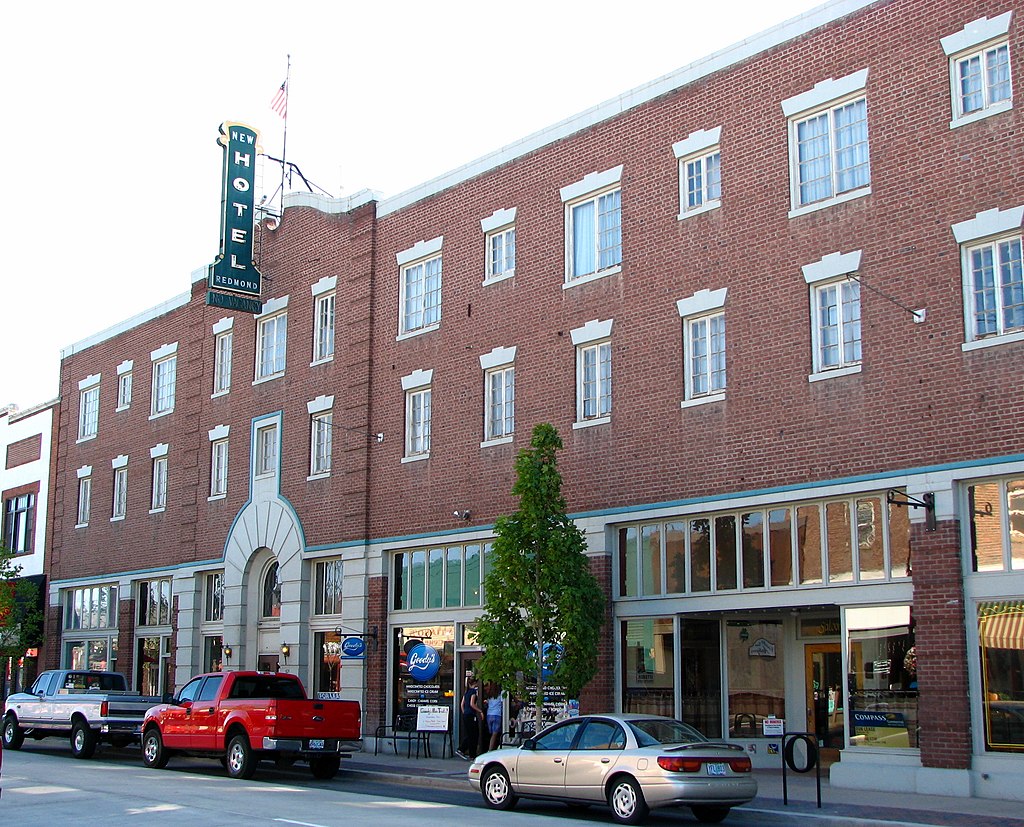 The iconic Redmond Hotel was originally built in 1928 and is on the National Register of Historic Places. Although closed to guests since 2005, it is expected to reopen in 2019, becoming a premier boutique Redmond Oregon hotel and accelerating the revitalization of downtown Redmond along with it.

Other options for hotels in Redmond, OR right now include a handful of chain properties as well as a growing number of vacation rentals.

With an estimated $2.8 million investment from California-based developer, Alpha Wave, the revamped Redmond Hotel will open with 46 rooms and a rooftop bar. Their intent is to maintain the historic character of the building, as it’s one of the biggest draws for visitors. Ground floor retail spaces are already occupied and it’s surrounded by other small businesses, including an antique mall, coffee roaster, and several restaurants. Many are hopeful that the area will become a vibrant center of activity in the community once again. There’s no better way to start the day than by enjoying a hearty breakfast, in my opinion. In Redmond, you’ll find restaurants and coffee shops that serve traditional American-style classics, brunch favorites like mimosas and avocado toast, Mexican breakfast dishes, and quick bites like pastries and bagels. Here is a list of our favorite breakfast… Sisters, Oregon is one of the best places to visit in Central Oregon. This small town with an Old West flare is full of delicious restaurants, boutique shops, and art galleries. Biking and hiking trails lead from town to even more outdoor adventures beyond. The following is a guide to help you find the perfect… Everything you need to know about Redmond Airport: what airlines operate at RDM, where you can fly, parking and ground transportation options, and more.